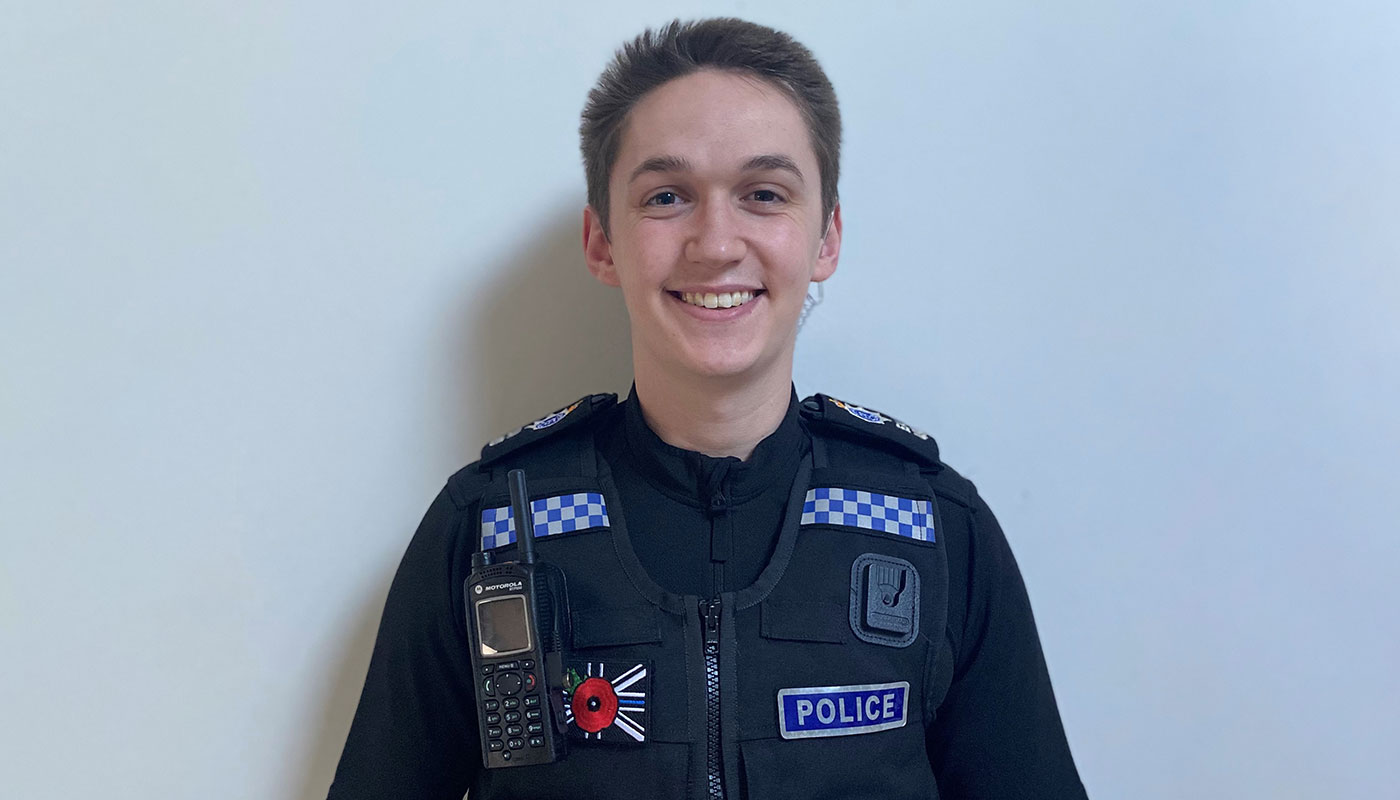 After completing his Level 3 qualification at the MET, Luke has gone on to become a constable with Sussex Police. Through his role, he has also been enrolled onto a linked university course, and will complete a BSc in Professional Policing Practice. Here he talks about his time at the MET and what it takes to join the police.

"The College has links with every uniformed service. I used this opportunity to learn about all the options I had."

"The course instils a sense of maturity and discipline which is vital to joining the police at a young age, and I was able to gain experience managing people thought the Combined Cadet Force. I gained practical skills such as understanding how to speak over radio, and standards of physical fitness. I was also introduced to crime scene investigation and much more!

"Tutors at the MET were able to support me by utilising their links with the police to help me understand the full police application process and what standards would be required when I entered a room for interview. My tutors were able to help me with my initial application and online tests. They were also able to organise an hour long session with a police officer who was a trained interviewer. This really helped me understand how the smallest example can demonstrate competency which would allow me to score highly at my interview."

Published: 12th Jul 2021 By Callum Anderson Back to all posts
Share with a friend
Previous Case study: Norman - BA (Hons) Music Production
Next Meet our HE student blogger, Sarah!