DiSE Boxers vs The South

The Diploma in Sporting Excellence (DiSE) Boxing Academy held their opening show at the East Brighton Campus on Friday 8 February, welcoming 300 spectators in what was an amazing evening of amateur boxing.

With 13 top class bouts in the show, the DiSE team took part in nine of these contests. Six of the current students competed, winning five of the bouts in emphatic style. Three students enrolling on the DiSE course in September 2019 also claimed three wins.

First up was DiSE Boxer David Pegado from Norwich City who makes the journey down every Sunday evening from East Anglia to live with a host family during the week to study at the college. David was pitted against Frank Ayres of Guildford.

A cagey first round saw both boxers scoring well with straight shots to the body. As the second round progressed, ‘Pegs’ was able to adjust his feet, catching his opponent on the way in. The third round followed much of the same as David came out with a unanimous decision, putting the MET DiSE team 1-0 up vs the south.

Newcomer in September 2019, Ben Barnes of the Shaun Brown Academy Worthing, put on a dominant display against Sam Payne of Guildford. Using long combinations, Barnes pushed his Surrey-based opponent back, scoring well to both head and body to take a unanimous decision. Credit to both boxers in a tough contest showing both skill and grit.

George Radenhurst now down at 70kgs used his dominant footwork to push his opponent Mohammed Hassine of Crawley back, scoring with some well-chosen hooks and rear hands. George weathered the storm in the second where Hassine came blazing back, but had done enough to take a well-deserved split decision. Now 3-0 to DiSE.

Luke O’Brian (another boxer enrolling in September 2019) put on a great display of well-picked shots against Shaun Brown Academies’ Billy Bedford. Remaining calm, Luke chose his targets well and was elusive in his defence, picking up the unanimous decision. Credit to Bedford who showed class and poise. 4-0 to DiSE.

Luke ‘Dobbo’ Dobson took a unanimous decision against Hastings Westhill’s Yanek Bartlett in a barnstormer. Bartlett came out strong in the first looking classy and powerful as he pushed back the DiSE and East Brighton man. Dobson began to find his range, scoring well with the backhand and doubling his lead hook to body and head. The crowd recognised a resilient display from Bartlett with Dobson taking the unanimous decision. 5-0 to DiSE.

Phoebe Griffith-Johnson gave weight against her opponent but had the experience to edge out Cambridge Police’s Taylor Allen. The Cambridge based boxer stormed out in the first, catching Phoebe with some aggressive flurries. Phoebe was able to adjust her feet and keep the bout long, scoring well with the jab, rear hand and lead hook. It certainly did not go all her way with Allen showing determination to push Phoebe back. The cleaner shots scored better in the end with Phoebe taking a well-earned unanimous decision. 6-0 to DiSE.

In what was eventually awarded ‘bout of the night’, Brighton and Hove’s Daniel Whyte took a unanimous decision over Whitehawk and DiSE’s Jamie Brown. This was worth the price of admission alone! Whyte came forward with some explosive, powerful combinations forcing Brown on to the back foot. Jamie rallied managing to turn his oncoming opponent with well-timed left hooks but it was the relentless Whyte who took the unanimous decision. Both boxers were superb, and it was the outstanding bout of the evening. 6-1 to DiSE.

Moulescoomb’s Vinnie Wadey put on an exceptional display against Cambs Police’s Ellis Roberts halting his opponent in the 2nd round. The well-schooled Wadey, (also enrolling in September on the DiSE scheme) used an excellent array of shots to open his opponent up, scoring with some eye-catching blows. Credit to the Cambridge man who kept composed under pressure but the Moulescoomb man turned up the heat. DiSE 7-1.

Topping the show was Felbridge and DiSE’s Charlie Cousins competing in his first elite bout against the oncoming and strong Sam Northcott from Crawley. Charlie was elusive throughout, slipping, sliding and countering the older man. Sam had success in spells but it was Charlie’s movement that won the day, taking the unanimous decision to finish the evening 8-1 to DiSE vs the South.

Well done to all the boxers from Smallholdings, Eastbourne, Brighton and Hove and Southampton in cross bouts, all doing themselves proud.

“The results were great, but it was the performances that were really impressive.

We’ve worked really hard in partnership with the club coaches to work on a six-week training cycle for the DiSE boxers to perform on the night.

The runs, S&C, tech and tact work etc has all been periodised to ensure they are peaking at the right time. This really showed in their performances. The clubs have produced some excellent boxers and the credit goes to them; we are there to add in the educational part and to help them to be self-dependant.

The boxers learn to look after themselves as athletes, looking at all the vital one percent, the ‘aggregation of marginal gains’ as they’re called. What has been the most satisfying thing with this year’s cohort of boxers is how they have established their own culture of learning.

Our culture called ‘FORMA’ stands for ‘Feedback, Open & Honest, Respect, Mindset and Afraid (not being afraid to fail). There has been real investment in the person behind the boxer, personalising the training and getting to know them as individuals. ‘Better people make better boxers.'"

We look forward to hosting another show at the College and continuing the boxer’s education in preparing for competition and managing all of the factors that go into being successful. 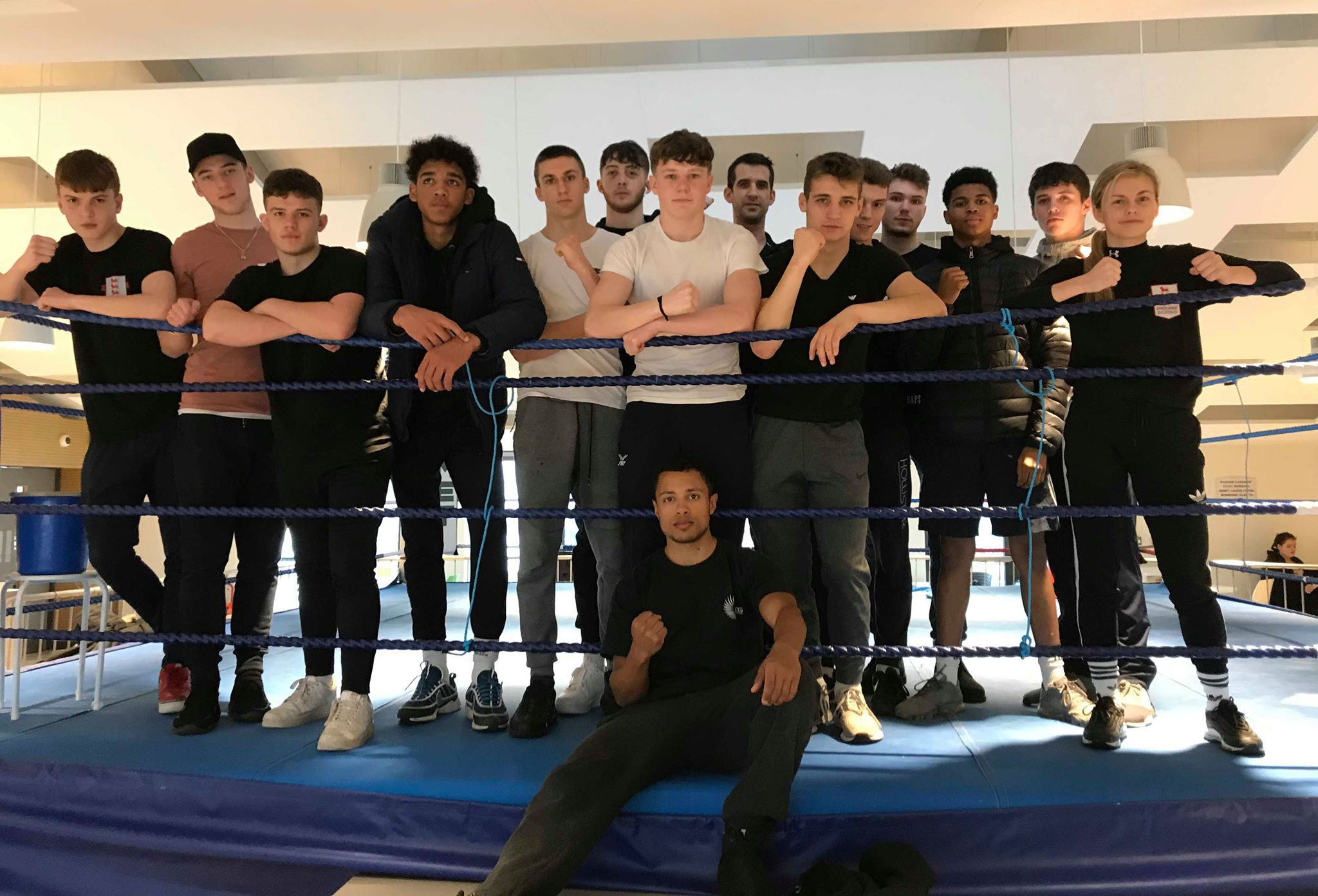 Published: 15th Feb 2019 Back to all posts
Share with a friend
Previous Turning a course into a game could give learners that competitive edge.
Next Case study - Cody: Access to Nursing