A night of celebration for MET students 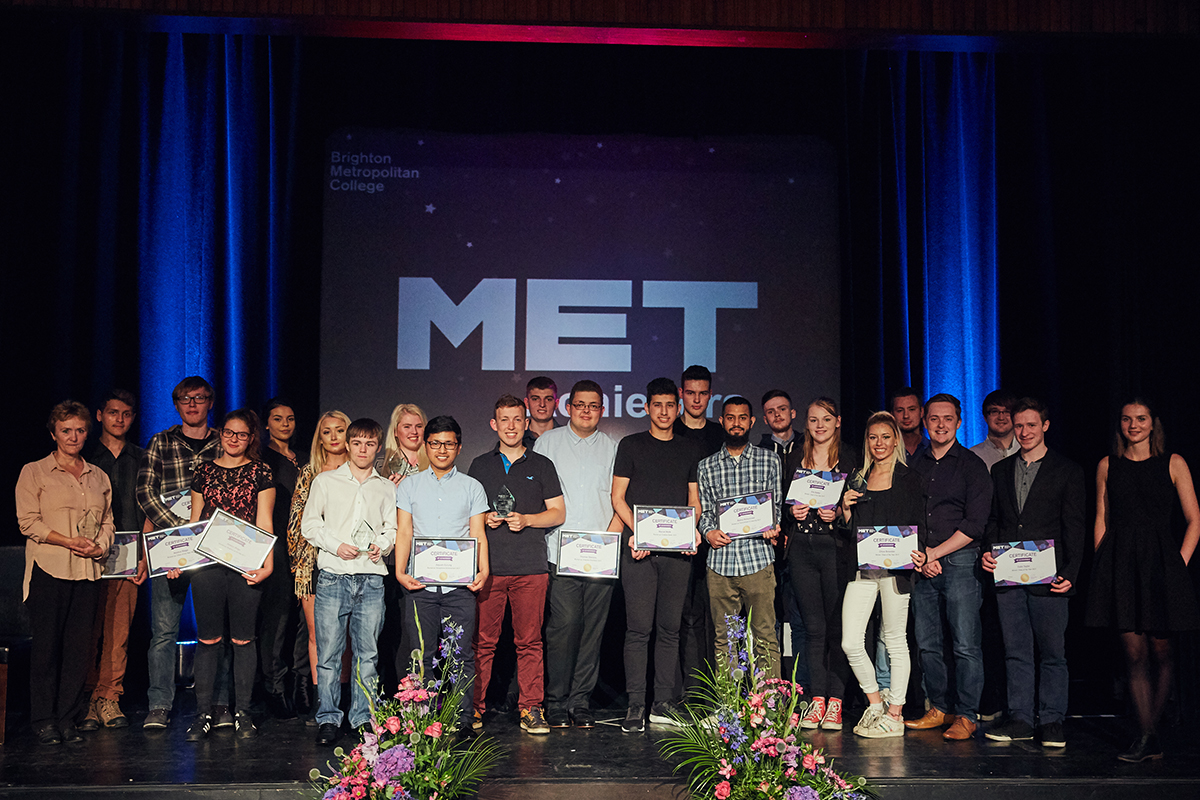 To mark the end of the academic year, Brighton MET held a ‘MET Achievers’ awards ceremony this week in recognition of the outstanding achievements of just some of its 7,000 students.

The event, which was compèred by Juice FM’s Hanna Neter, saw over 20 students from across the College’s wide-ranging course provision being recognised for their individual accomplishments.

The array of award categories included ‘Brighten up the Day’, ‘Diversity Champion’, ‘Commitment to Learning’ and ‘Creative Spark’, with nominations being submitted by the students’ tutors.

The winners of the Employers’ Choice award were a group of Level 3 Film students. Savanna Gladstone, Kieren Hanmer, Hugo Hobbs, Louis Parker and Skye Millis have been working with the Brighton Dome and Festival over the last two years to film and broadcast their events. Their nomination said:

"They have worked with a rare level of enthusiasm and professionalism, and their broadcasts have received admiration from the Festival, the artists and the audiences."

Those sentiments were also echoed in a video of Carole Britten, Director of Marketing for Brighton Dome and Festival, which was played during the ceremony. Carole said:

"We’ve been so impressed with the quality of the live stream filming that they’ve produced and how they’ve improved and developed their own professionalism, skills and creativity."

Having collected their award on stage, the five students promptly handed it over to their tutor, Jim Lee saying it was him who truly deserved it for all he had taught them during their course.

The winner of the final award, ‘Principal’s Choice’, was selected by MET Principal, Sharon Collett, out of all of the nominations. Sharon said:

"This awards evening is such a valuable part of our academic calendar. It gives us the opportunity to reflect on the achievements of some of our amazing students who really deserve to be recognised in front of their families and teachers.

"Choosing just one overall winner was incredibly difficult as there are so many students that shine for different reasons. However, the student I selected was nominated by three different teachers in three different categories, showing the impact he’s had on so many of our teaching staff, alongside his educational achievements. Congratulations to Will Prentis, the winner of my Principal’s Choice award."

Published: 1st Jul 2017 By Claire Fellows Back to all posts
Share with a friend