The achievements of our degree level students were celebrated at a graduation ceremony recently - the first since 2019.

Staff, graduating students and families gathered at the Hilton Brighton Metropole on Brighton seafront to celebrate the fantastic success of students from degree level courses across Creative Industries, Motorsport, Engineering, Computing and Teaching.

The ceremony was opened by Chair of Governors, Sue Berelowitz, and was followed by an address by Principal, Helena Thomas. Helena spoke about the success of recent graduates, including a student who was selected for the CVAN Platform Graduate Award for the second consecutive year and exhibited his work at the Phoenix Art Space’s Main Gallery in Brighton.

Guest of honour was music and portrait photographer, Professor Andy Earl. Professor Earl has photographed top names in the music industry such as Madonna, Mark Ronson and Bow Wow Wow.

Andy Cole, CEO, presented three students with Outstanding Achievement Awards. The students were nominated for demonstrating diligence in their studies and consistent application to learning and progression, overcoming barriers and personal challenges.

Outstanding Achievement Awards were given to Ross, BA Fine Art, who excelled in his final year to produce an outstanding final body of work; Samihah, BA Theatre Arts - Costume for Performance & Film, who was nominated not only for her high standard of work, but also for supporting and enabling other students; and Jason, BSc Motorsport Engineering, who has been accepted on to postgraduate study at the Wolfson School of Mechanical, Electrical & Manufacturing Engineering at Loughborough University. 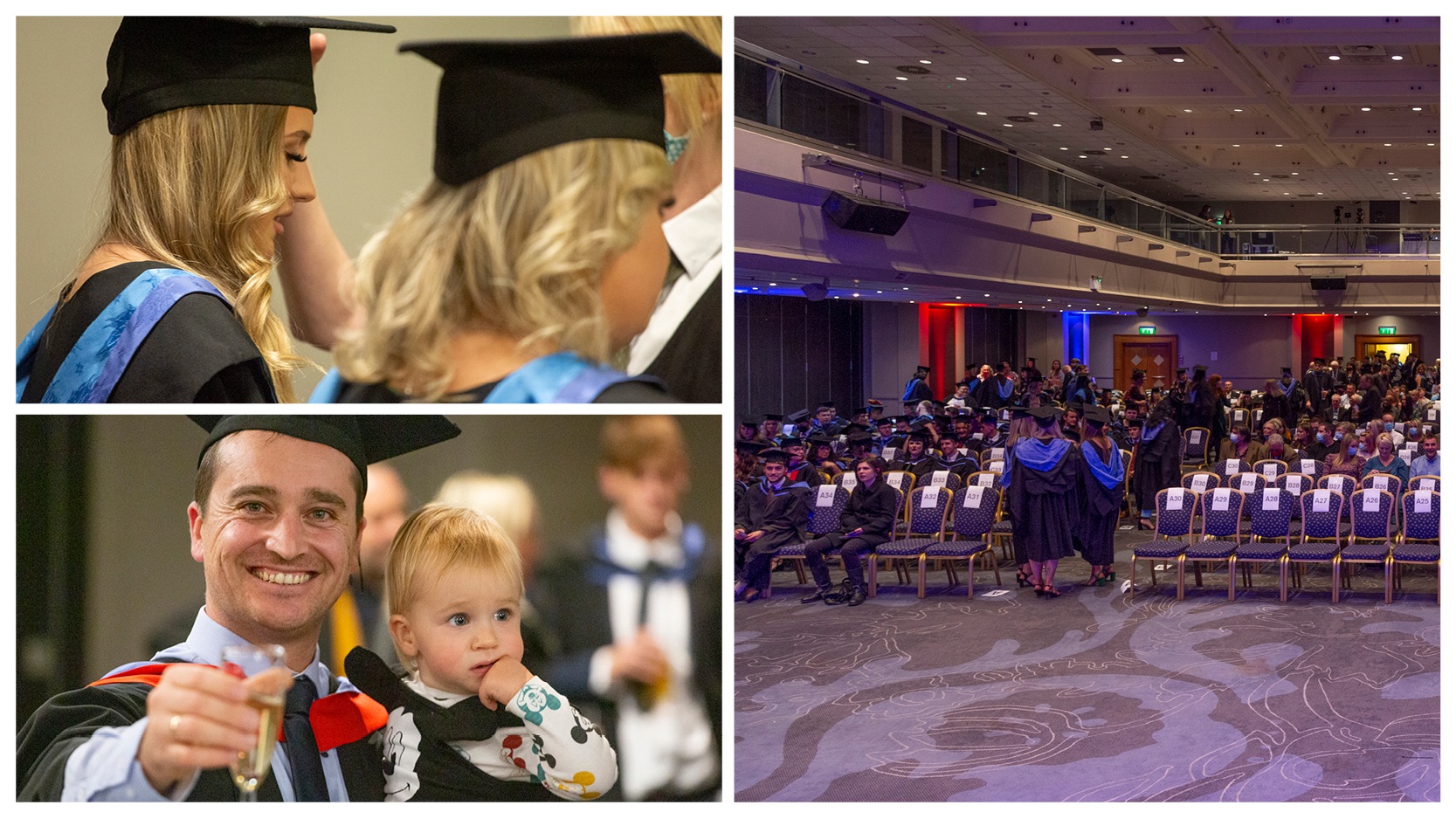 Published: 17th Nov 2021 By Callum Anderson Back to all posts
Share with a friend