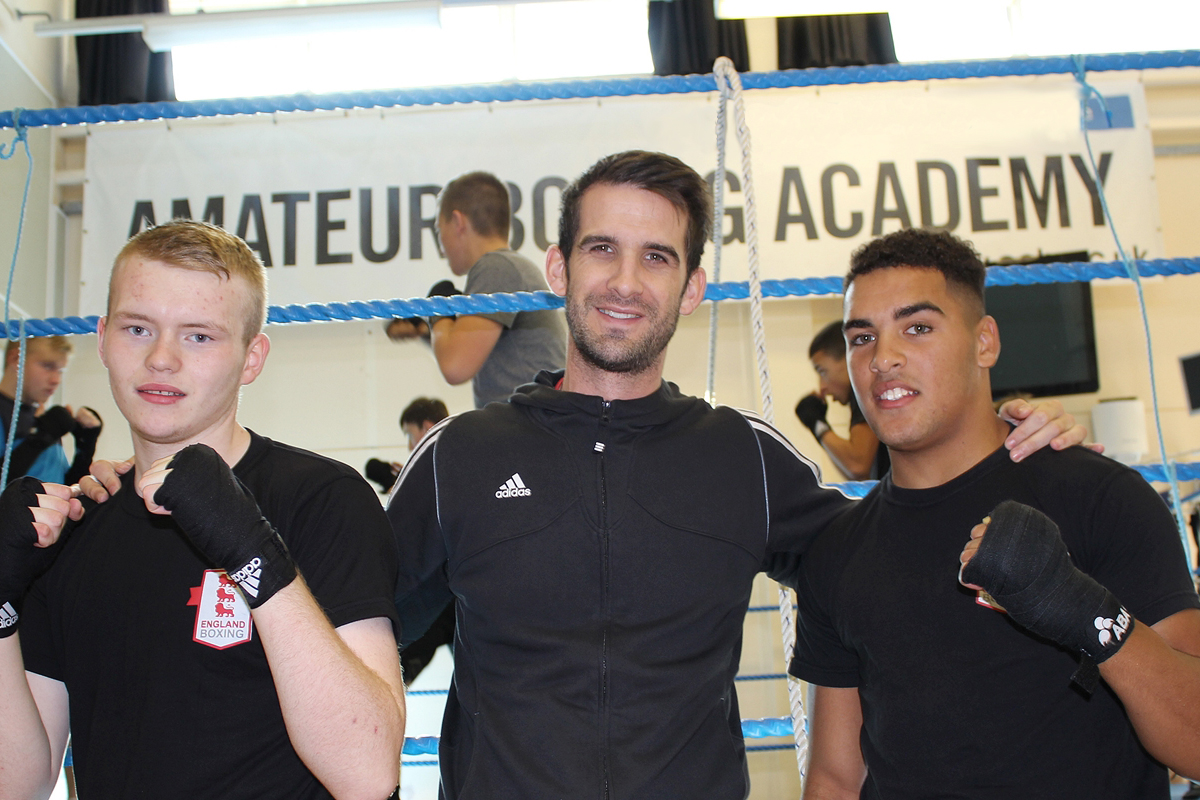 Joshua (16) was up against the short and powerful Thomas McDonagh from the Southampton’s Golden Ring Boxing Club. This was a close affair with both boxers giving little ground and McDonagh seeming to take the first round. Joshua pulled it back and began to find some room to land some straighter shots. With his opponent leaning on too much and thus not scoring, Joshua was able to take a tight decision.

In his Class B encounter versus Omid Raouf of Kent University, Liam (18) was able to use his aggression and excellent punch selection to take the title. Liam lost the first round as he stood off too much, allowing his opponent to counter. As the bout progressed, however, Liam was able to catch Raouf with some eye-catching left hooks and was able to force his opponent back, taking a split decision.

While continuing to train at their respective clubs, Brighton MET’s AASE offers young boxers the opportunity to acquire a Level 3 BTEC in Sport and a Level 3 in Excellence in Sporting Performance while training each day with other aspiring boxers in a high performance centre. Brighton MET’s Boxing Coach Adam Haniver says:

"We’ve worked with Liam for a year now and he will go on to truly great things. His attitude and application is faultless. He works hard on all aspects of his boxing and academics. Joshua has just joined the Academy this year and already I can see that he listens and has the right approach to learning and development. I'm looking forward to seeing how he progresses."

"Since I’ve been at the Academy, I’ve improved mentally and physically and I’m also managing my nutrition and my training routines much better. Generally, I just feel more motivated to train and box."

"Being at the Academy has improved me a lot physically because I’m learning more about technical boxing. Mentally, I’m learning how to manage myself and understand why I’m doing things rather than just doing them. Adam takes a personal approach to all the boxers rather than just having a specific style that he uses with everyone and he takes time to understand what makes each of the boxers tick."

Published: 12th Oct 2016 By Claire Fellows Back to all posts
Share with a friend