Close
Success stories By Callum Anderson on 04 May 2022

In February 2022, Dennis, a student on our Level 3 Sport course who also takes part in the Diploma in Sporting Excellence (DiSE) Boxing academy, won the England Boxing National Youth Championship. We caught up with him after winning his final bout.

How did you find competing in the England Boxing National Youth Championship?

“Competing in the national amateur championships was tough. I knew before entering the competition that I would be up against it, and definitely not the favourite to win. However, my coaches and I believed in my ability, and entered the tournament with the intention of getting a medal. Throughout the tournament I could feel myself growing in confidence and after the quarter final it became real that I had a chance to become a champion.”

How did you feel when you won?

“When I heard my name being called after the final I was lost for words. It didn’t seem real for days; I was ecstatic. All my hard work had finally paid off; training 2-3 times a day, eating clean, aching everyday - it was finally all worth it.”

Why did you apply for the DiSE Boxing academy course?

“I applied for the DiSE academy because I had been following it on social media since I started boxing at age 13. I saw the training clips and the friendships that were being made. It was my dream education and there was no other option for me. Now I’m on the course, it's even better than I thought it would be.”

How did the course prepare you for the Championship?

“The course was one of the key factors in my preparation for the championships. Since joining the course I feel I have levelled up massively in so many different areas. The main thing that helped me prepare for it was the variety of opponents I would face in the tournament. This is because our coach, Adam Haniver, is big on reading reps and looking and getting a variety of opponents of all different shapes and sizes.”

What are your plans for the future?

“My plans for the future are to get as far in the amateur game as I can, and then look to go into the professional ranks.”

What advice would you give to anyone considering applying to the MET?

“The advice I give to anyone thinking of joining any course at the MET is DO IT! You definitely won’t regret it. The atmosphere is spot on and the teachers are brilliant. Along with boxing I am on a Level 3 Sport course and enjoy every minute of it. At the MET there is such a great mixture of hard work and also having a laugh with your new mates in class.”

Fancy stepping into the ring? Find out more about our DiSE Boxing Academy and sport courses here. 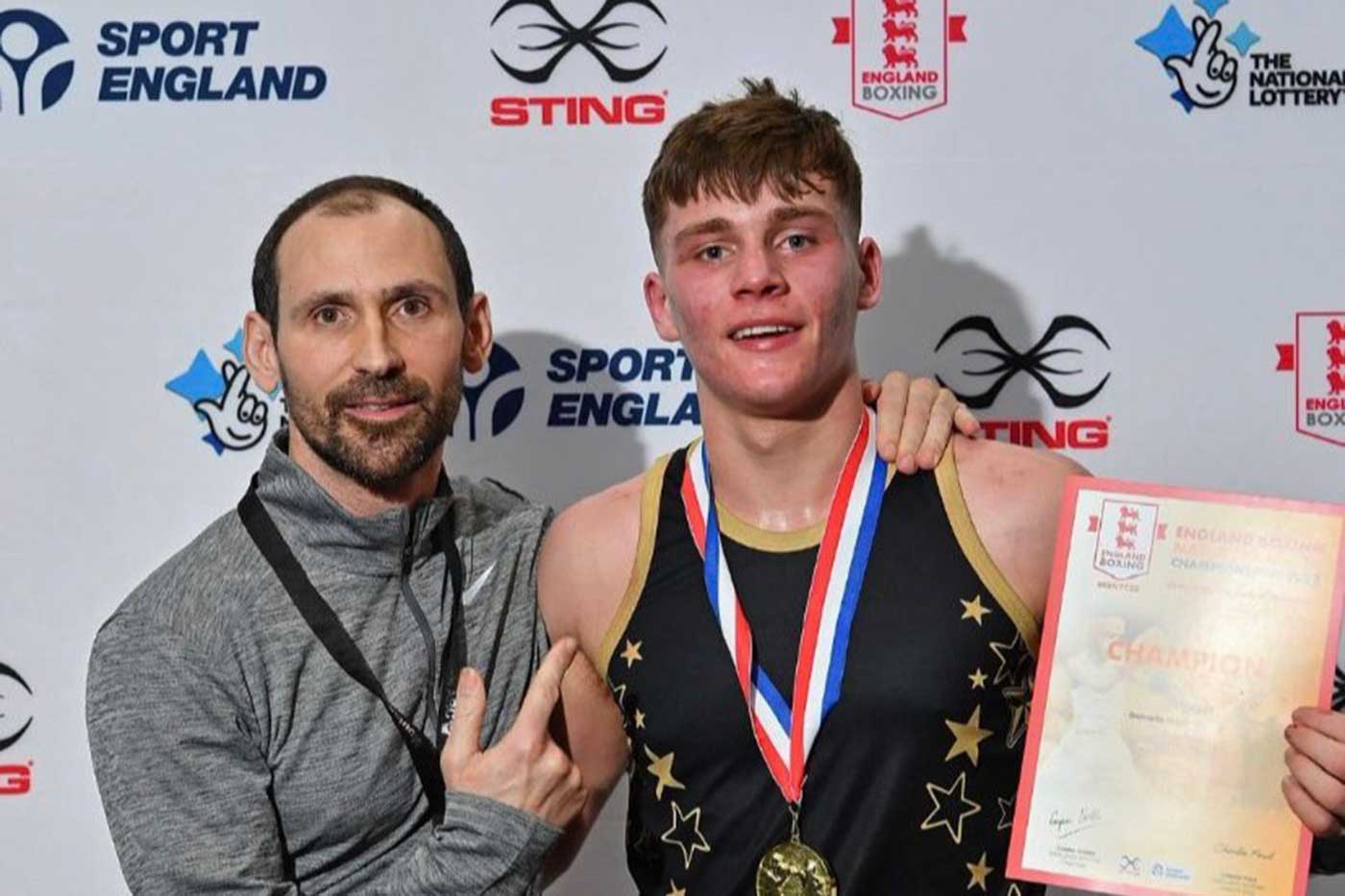 Published: 4th May 2022 By Callum Anderson Back to all posts
Share with a friend
Previous Guest blog - Ed Chivers, Music Production Course Leader