Close
By Callum Anderson on 11 February 2022

Steve Lewis (Level 3 Theatre Production Course Leader) and I have a band called Fujiya & Miyagi, who played London O2 Arena in October to a capacity audience of around 20,000 people. 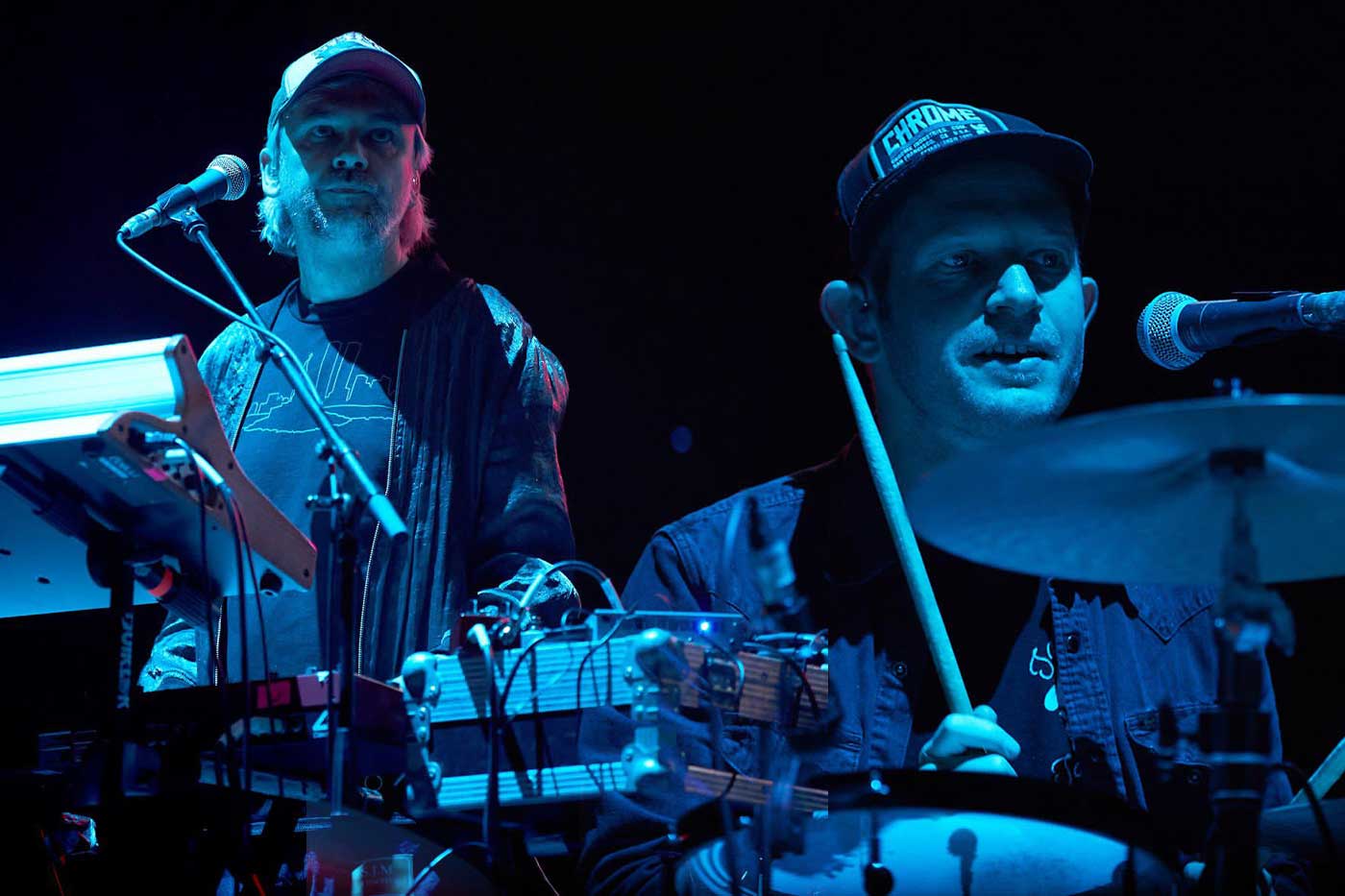 Nerves were running a little higher than usual as this was the first show back after two years of no gigs during the pandemic, and one of the biggest shows we’ve played. We were supporting New Order, who had invited us to play a few other special shows over the past few years, so we’re relatively close with them. This was a show that kept getting postponed, and we were thinking in the back of our mind that it might not happen, so it was amazing to finally play it.

We were well-rehearsed and had a great team around us to help things run smoothly, so the show was a success. It was great to see so many people losing it to our music. 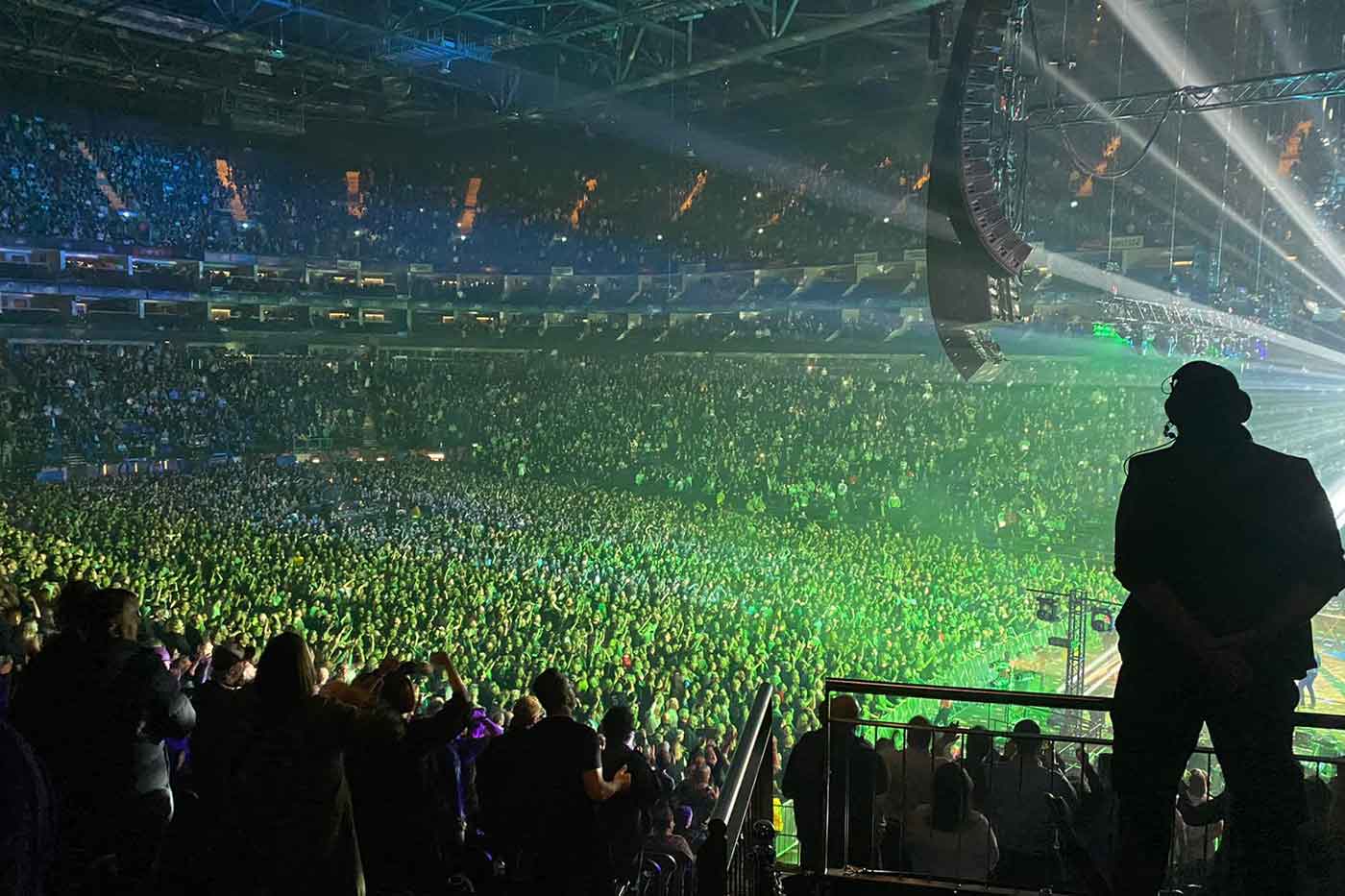 The sound is never great at the O2; the size of the arena means the reverb is huge, and I was hearing my drums echoing back to me half a second later. Luckily I wear in-ear monitors, which are headphones that can cancel all the ambient sound, so performing was like playing in a small venue. Our front-of-house sound engineer has been working with us for years, all over the world in many different venues, so he is able to make anything sound good! There was a show in Berlin that we played where he actually had to rebuild the venue’s PA before we were able to play!

The backstage area of the London O2 Arena is covered in messages from all the other performers who have played there; Taylor Swift, U2, Green Day, etc., so you really feel the heritage the venue has. 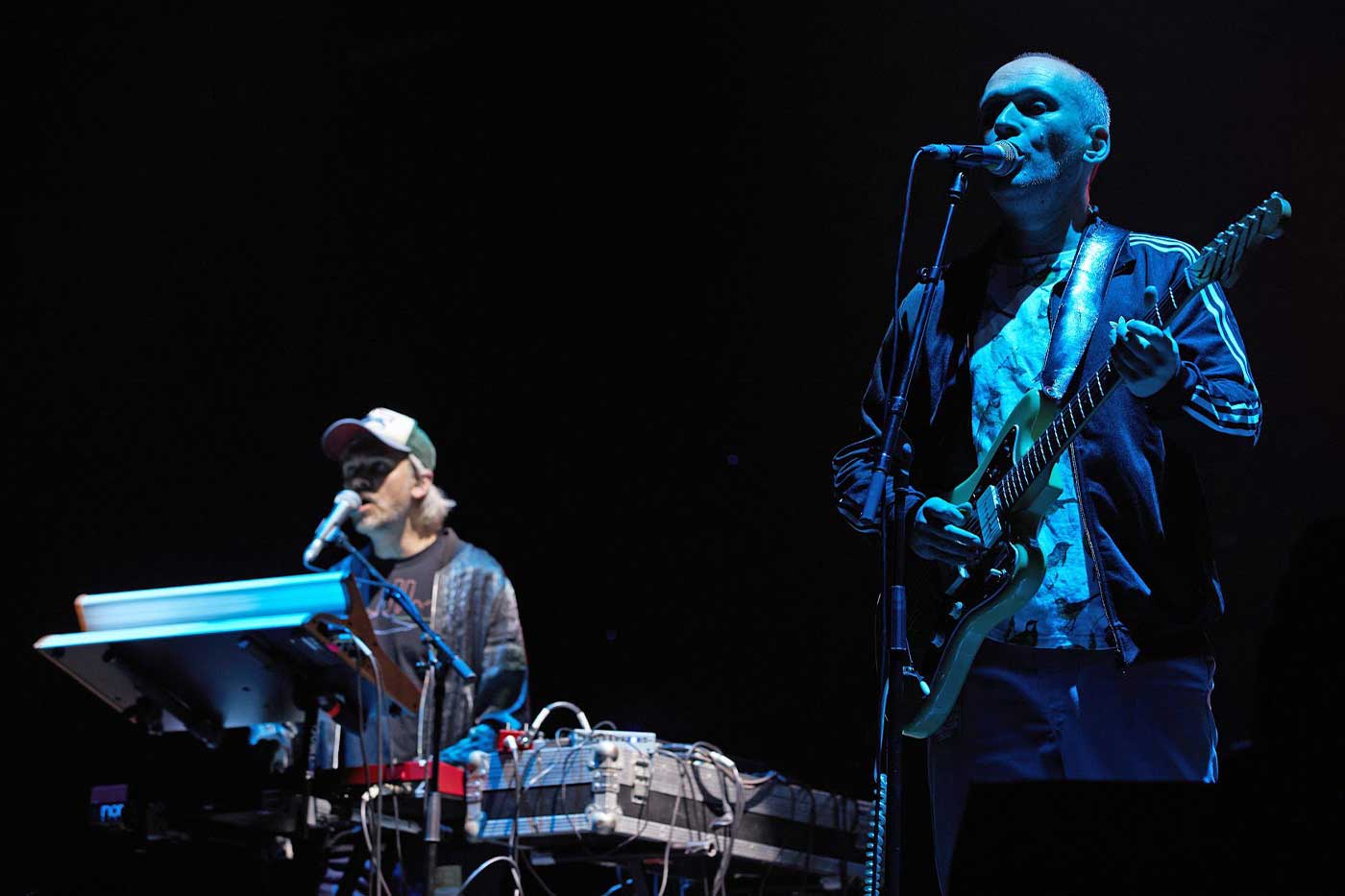 It’s been great to talk about the show with students on the music course; a few of them have said it really makes a difference being taught by someone who is still very active in the music industry.

We’re finishing off our new album, and lining up our first international shows since the pandemic, which is really exciting, but also a lot more complex now due to Brexit.