MET student Ray Lister had painted all his life, and at the age of 72 he decided to take the next step starting a part-time degree in Fine Art at Northbrook MET.

This October, following a great deal of determination and five years of hard work, Ray overcame his dyslexia and achieved a 2:1.

He said said his course at the College gave him the confidence to write things down, something he had previously avoided.

Ray said, “When I told them I can’t spell, I had to go for an assessment. With the help of an iPad and spellcheck, I started writing essays and I did a 6,500 word dissertation. It helped me a lot. I was over the moon. I’ve never written anything down before. I got a much higher grade than I thought I would.”

Ray’s describes his painting style as modern impressionist and he was proud to win the runner-up prize in the 2019 Creative Industries Degree Show, which enabled him to exhibit his abstract work of fishing boats at East Worthing at the Kellie Miller Arts Gallery in Brighton.

He said: “I have always been a painter and I belong to several clubs, including The Arts Society West Sussex. I only stopped working part-time last year in the building trade, doing artexing and plaster boarding.”

Ray is now looking forward to further developing his practice and has taken up a specialist portraiture course.

Best of luck Ray, we're very proud of you. 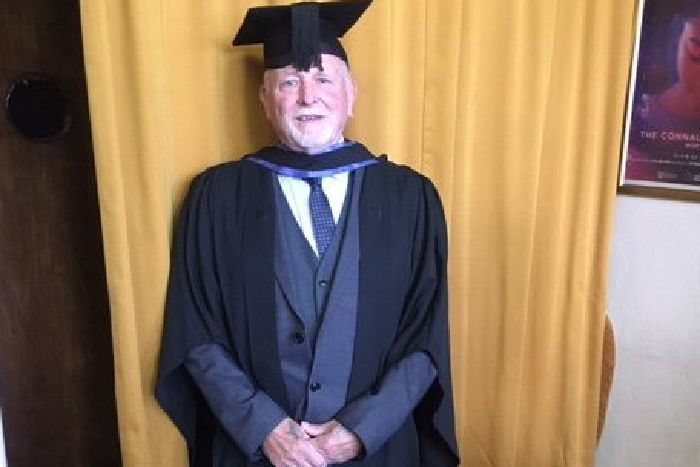 Published: 5th Nov 2019 By Rheanna Davidge-Huxley Back to all posts
Share with a friend