And the award goes to...Outstanding apprentices at the MET

As part of National Apprenticeship Week, we held an awards event at our West Durrington Campus on Wednesday 6th March. The awards recognised the hard work and determination of apprentices studying at the MET and the support their managers and employers have given them to succeed. Helena Thomas, Acting Principal at the MET, presented the awards for Apprentice of the Year and Employer of the Year.

The Apprentice of the Year award went to Sam Spalding of OSAM Websites, who collected his award with his manager Matt Lamb. After leaving university, Sam decided to apply for a digital marketing apprenticeship and kick-start his marketing career. He was the first apprentice OSAM Websites took on, and has proved to be such an asset the company now employs two other apprentices from the MET. Since completing his apprenticeship in February 2019, Sam has been employed as an Account Manager, overseeing a team of three developers and helped to recruit OSAM’s new apprentices. His advice for anyone considering an apprenticeship is “Do it! It is 100% a great experience”.

Runner up was digital marketing apprentice Alison Thomas from Seaside Creative, who attended with her manager and director Kelly O’Hare. Alison is due to complete her apprenticeship at the end of 2019 and commented that it “is one of the best decisions I have ever made. I would definitely recommend it”.

Employer of the Year was awarded to Brighton Fringe after being nominated by apprentice Ayshen Irfan.

The runner up, Alpha Training Safety Solutions, was nominated by employee Louise Everist (Customer and Training Support Team Leader). Louise completed an ILM Level 4 Leadership and Management apprenticeship in just 10 months saying “I had to be dedicated to fit it around the job” with the full support of Alpha. Head of Business Operations, Louise Grant attended on behalf of Alpha to accept the award. 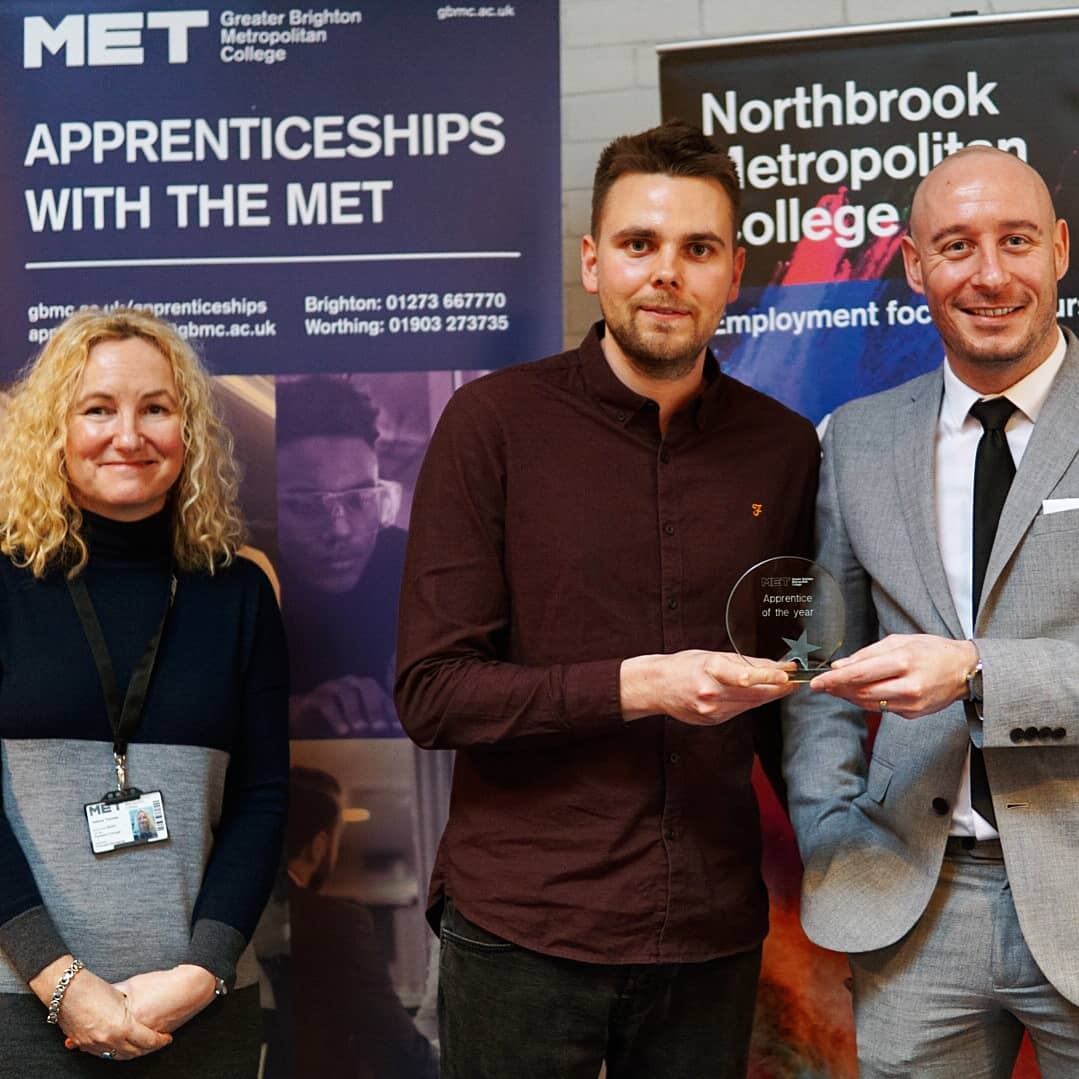 Published: 12th Mar 2019 By Fiona Macdougall Back to all posts
Share with a friend