Music degree students at Northbrook MET were treated to a visit from Dylan Cooper, a songwriter, producer and guitarist who has been working with international stars such as Cheryl, Natasha Bedingfield and Lil Peep. Dylan studied BA Music Production at Northbrook and graduated in 2016.

Dylan spent time with students talking about how he came to work with the award-winning production company, Invisible Men. He also attended a workshop where he listened to the students’ work.

He then gave a presentation about his own work, which includes producing singles for singers Anne-Marie and Hana, song-writing for Cheryl and production of a posthumous album by American rapper Lil Peep, who tragically died aged 21.

Dylan inspired the students with insights into the creative process and his experiences working with other artists. 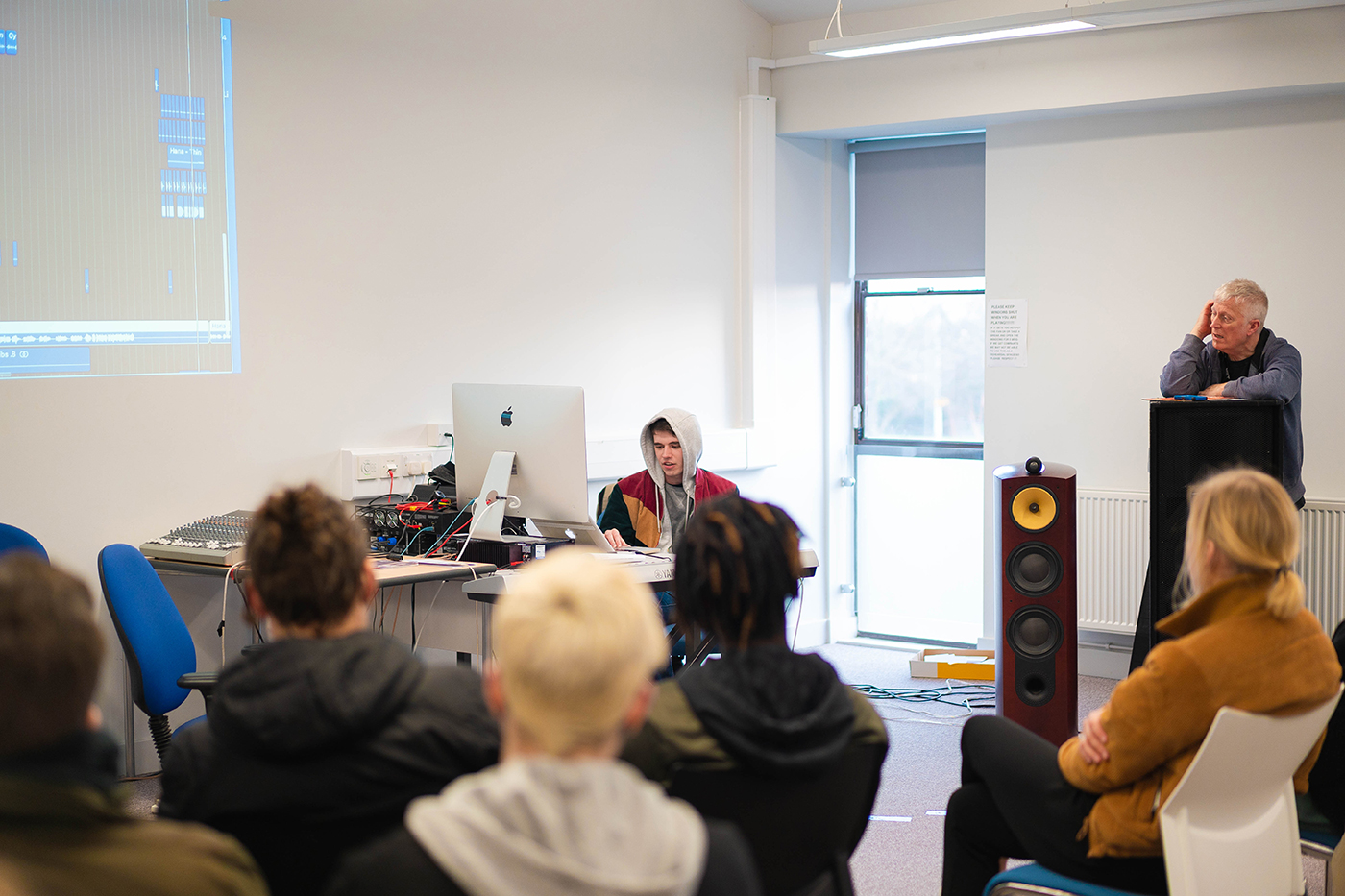 Mike Pailthorpe, Programme Leader at the MET, said, “It's remarkable that Dylan was still studying his BA degree here in June 2016, and now he's working internationally as a songwriter and producer. Students got insider tips today, and also an exclusive listen to an unreleased track he's working on.”

Published: 17th Jan 2019 By Shelley Jarrett Back to all posts
Share with a friend