Greater Brighton Metropolitan College student Daisy McDonnell, has received a top award from HRH The Prince of Wales for transforming her life, after facing traumatic bereavement and life on the streets.

She scooped the prestigious Homesense Young Achiever of the Year Award at the glittering ceremony held at The Palladium in London on Tuesday (6 March). The event was hosted by Ant & Dec and attended by celebrities including Cheryl, Olivia Colman, Thierry Henry, Breaking Bad star Bryan Cranston, Tom Hardy and Spice Girl Melanie Chisholm.

The Prince’s Trust and TK Maxx & Homesense Awards recognise disadvantaged young people who have succeeded against the odds, improved their chances in life and had a positive impact on their local community, as well as those who have played a part in supporting the work of The Trust.

Before contacting The Prince’s Trust for support, Daisy was facing homelessness and grief, and feeling very vulnerable.

“After a traumatic and harrowing bereavement, the collapse of my relationship and the reclaiming of my apartment, I began to give up hope. Trying to hold down a full time job while living on the streets proved extremely difficult. “

After the death of a very close friend, Daisy sought help, and the Clockwork Sanctuary, a homeless day centre, suggested she take part in a Prince’s Trust programme. Daisy enrolled on The Prince’s Trust Team programme with the MET – a 12-week course that builds the confidence and employability skills of unemployed young people.

“Team became the one constant I could look forward to. And I did. Every single day.

“Following Team, and due to lots of hard work, I managed to secure an apprenticeship as an outdoor instructor and find more stable living accommodation. This has been a great opportunity – I have developed new skills, new confidence and new passions “

“I can’t believe I’ve won this award, I really wasn’t expecting it. I’m in a really happy place now and looking forward to making the most of the opportunities that come with UKSA. I can’t thank The Prince’s Trust enough for all their support, I don’t know where I would be without them.”

Donna Martin, Prince’s Trust Team Leader at the MET said “In the eight years that I have worked with young people, I cannot think of anyone more deserving than Daisy. She is a true inspiration to me and also her fellow team mates and staff who knew her at the College.

“I have absolutely no doubt that she will achieve all her goals and dreams and I feel honoured to know her, have supported her and been inspired by her.” 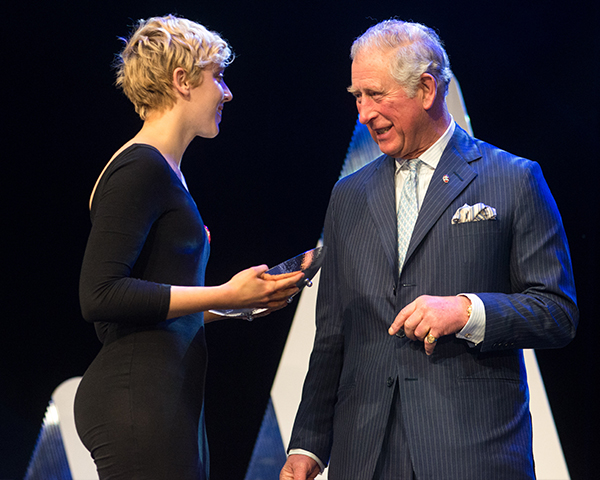 Published: 9th Mar 2018 By Rheanna Davidge-Huxley Back to all posts
Share with a friend