A brighter future for construction industry

Brighton MET marked the official opening of the Construction and Trades Centre at the Brighton East campus, with a special ceremony attended by local businesses, staff and students on 25 January.

Tim Wates, Chair of Coast to Capital Local Enterprise Partnership, cut the ribbon to officially open the £9m building at Wilson Avenue. The ceremony was followed by a tour of the new facilities, which will be used to train electricians, plumbers, carpenters, painters and decorators, bricklayers and plasterers, among other trades.

The building has been made possible by local growth deal funding, through the Coast to Capital Local Enterprise Partnership, as part of a drive to boost skills in the wider area. Construction is the industry area expected to see the biggest percentage growth across the UK (21.9%) and Sussex (44%) over the next five years.

Tim Wates said, "We were delighted to provide Local Growth Fund investment for the Construction and Trades Centre and it is fantastic to see all the hard work by partners come to fruition. A tremendous effort has been made to improve Greater Brighton Metropolitan College's infrastructure and throughout the process we have been impressed with their plans to address the skills deficit of the region. This Centre will be a beacon for a city that has ambitions to be world-class in construction and we are excited about the future development and growth at the College." 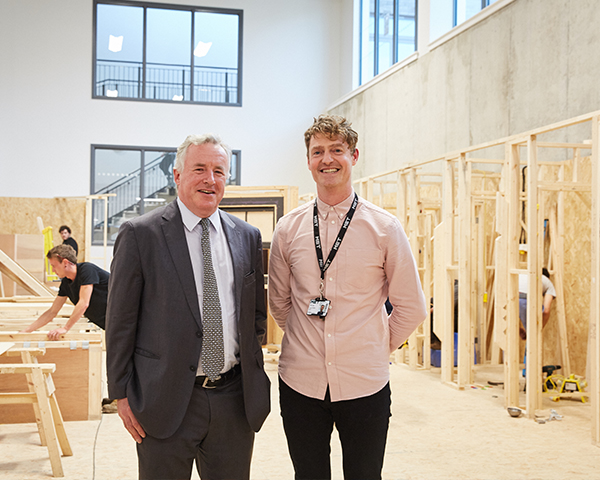 Published: 12th Feb 2018 Back to all posts
Share with a friend