Employers and organisations from across London, East Anglia and the South East attended a ceremony at the Honourable Artillery Company in London to recieve their Gold Award; the highest badge of honour awarded by the Ministry of Defence in recognition of supporting the Armed Forces community. The awards were presented by Minister for Defence Procurement, Jeremy Quin MP.

Lieutenant Cockcroft said: “I was honoured to represent GB MET at the South East Region Armed Forces Gold Covenant Award winners ceremony. The Gold Award is in recognition of the continued commitment, dedication and value placed upon supporting the Armed Forces family within our organisation and local community.

“We have had, and will continue to have, success in developing the young people in our community who wish to pursue a career in the Armed Forces. We were able to demonstrate in our application a strong alumni of learners entering the Armed Forces, supporting local veterans charities and employing veterans, current reservists and cadet force adult volunteers, with support policies that allow them to train and serve when required.

“As a Gold Award holder, GB MET will continue this support and advocate to other local employers and organisations the importance and benefits of signing an Armed Forces Covenant.”

GB MET is proud to have received such a prestigious award from the Ministry of Defence, and we would like to thank the ongoing work of our Uniformed Services staff and Lieutenant Cockcroft for their dedication to the Armed Forces and our students.

Find out more about the Gold Award here. 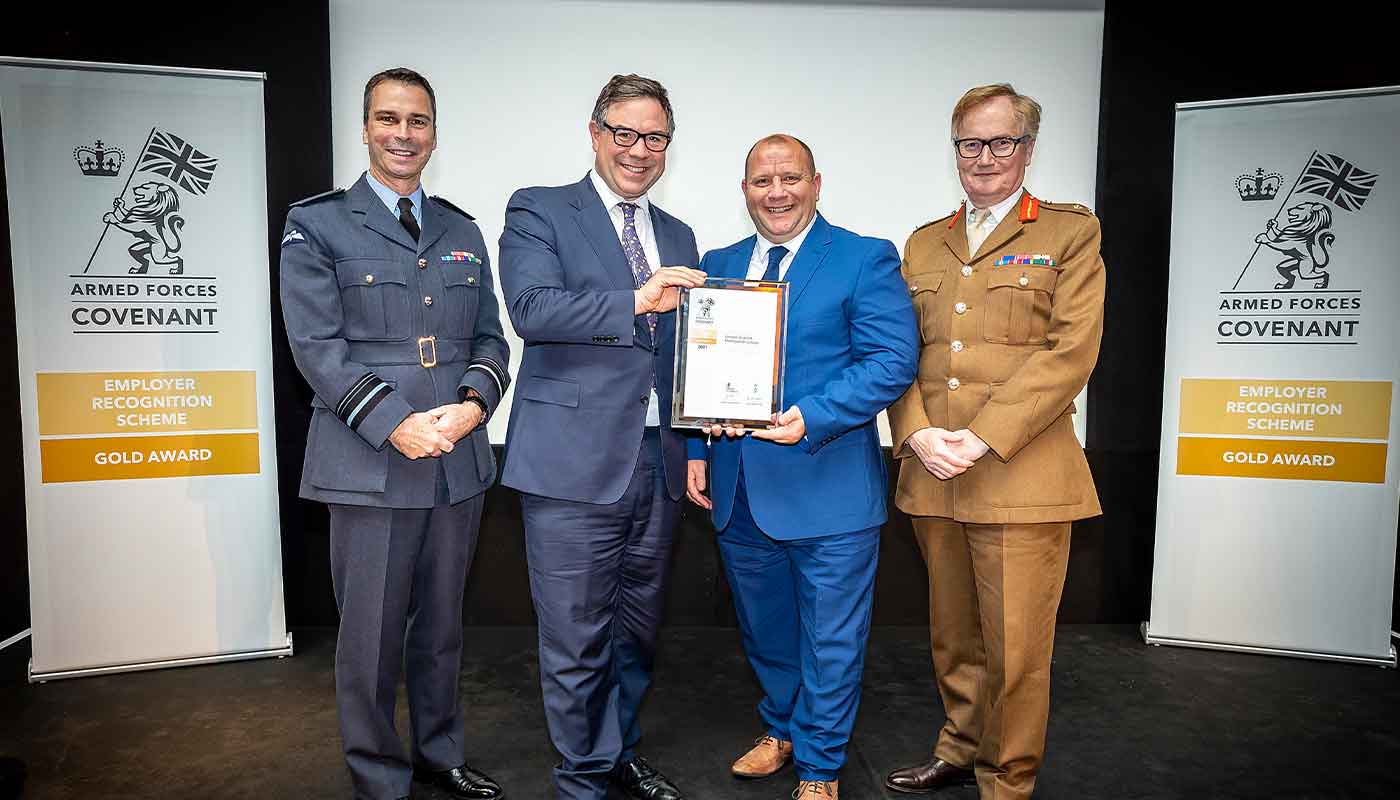 Published: 26th Nov 2021 By Callum Anderson Back to all posts
Share with a friend